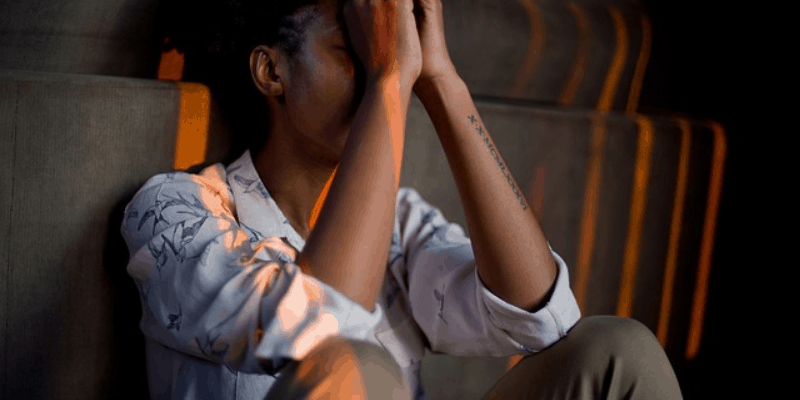 The Connection Between Alcohol And Anxiety

With each relapse I’ve had since June 2016, I’m always reminded the next day that my brain is at odds with alcohol. The effects vary.

I may wake up with the shakes, feeling like I might jump out of my skin, my heart racing, and my mind a jumbled mess. It is also possible that I will wake up feeling incredibly depressed and have to dig deep just to get out of bed and wash or eat.

Sometimes I wake up feeling wound up. I bounce off the walls and want to go, go, go!

Why the Jekyll and Hyde routine?

There are two answers to that question. For starters, alcohol just does this to people. It happens to ALL people, after a while. We’ll get to the second answer in a minute.

Here’s the science part. If you drink excessively for long enough, alcohol will begin to alter your brain chemistry. Otherwise healthy people can begin to develop anxiety disorders after long-term use.

This is because alcohol changes the levels of serotonin and neurotransmitters in the brain (yikes!). These chemicals help regulate our mood, so when alcohol lowers their levels we lose those safeguards.

You may start to experience alcohol-induced anxiety which can last for hours or even an entire day after drinking. It’s that next day jittery feeling and a racing heart that you just can’t shake.

The bigger problems start when that anxiety pops up even when alcohol isn’t involved, which can start to happen if you binge for long enough.

The second answer is geared towards people like me who suffered mental health problems long before they ever picked up a drink.

I struggled with depression in my teenage years and, like many young people, learned quickly that you can self-medicate with alcohol. It feels good to seem relaxed and uninhibited.

Sure, I had some embarrassing moments in my twenties when I “spazzed” out while drinking, but who didn’t? Everybody, it seemed, had a good story about the time they got trashed and got into a fight or went apeshit at a party.

It felt normal. Even when I began losing friends after some of these episodes, it never occurred to me to stop drinking. I figured I was a flawed person and the booze just brought it out every now and again.

Those people weren’t really my friends anyway, so who cares?

Alcohol exacerbated my depression. It dropped already imbalanced chemical levels in my brain and dragged me further down into some dark places.

I’d spend my entire twenties and the first half of my thirties struggling to get out.

When It Starts To Get Worse

By the time I reached my early thirties and had evolved into a nearly daily drinker, I noticed new symptoms pop up.

I joked at the time that I was having OCD moments, but I now realize that I was in the early clutches of anxiety. And, by the way, had actually developed OCD.

It only got worse.

I don’t know when or for how long I’d had anxiety, but by the time I was thirty, I found it difficult to leave for work on time. And not for the usual reasons.

I could not shake the feeling that I had left the gas to my stove on and was going to come home to a destroyed apartment.

Every morning, I would check that damn stove five or six times before leaving. Did I turn the knobs off? Good. On bad days, I would leave my apartment and go back up just to check one more time.

I played this game with the door to my apartment as well and, when I had it with me in New York, my car door. Was it really locked?

I’ve turned around three blocks into my walk to the subway just to go back and check what I’d already checked a dozen times.

This played out in my dating life as well. I would be overtaken by thoughts of “Why didn’t this guy text me? Why haven’t we hung out this week? Did I say something stupid? Should I message him?”

I would re-read texts or e-mails combing for clues about what I could’ve done wrong. Don’t get me wrong. I knew I was being ridiculous. But it was just like the stove.

Besides, I knew other women who had the same tendencies and saw this kind of neuroses played out in TV series, so I figured it was just what single women do sometimes.

My more rational side tried to distract myself and not worry, but it was a losing battle. Actually, it was a big red flag, but I couldn’t see it. The men certainly did. I remained single for a very, very long time.

Giving Up Alcohol For Good

I’ve learned the hard way that booze and my brain just do not mix. It’s not just that I binge uncontrollably, though that is a huge problem. It’s that I’ve reached a point where any relapse is a game of roulette.

I can’t predict what state I will be in the next day, and I don’t just mean a hangover. That is the least of my worries.

I mean, will I be sad? Hyper? Will I feel like I can’t get settled and have to take a Xanax?

Later in the week, will I suddenly cry while watching a Netflix show that isn’t even that sad? Will I skip around the malls singing and stopping for every distraction?

Or maybe I will be sitting on the couch with my husband and suddenly feel like I’m having a heart attack because my anxiety has popped up to say hello.

When you drink and have mental health problems, you never know what you’ll get and that should be a frightening enough prospect to get anyone to abstain. At least that’s what I tell myself after each of the handful of times I’ve decided to drink in the last six months.

So why hasn’t it been enough to keep me far, far away?

The killer of sobriety is the illusion that once we start to feel better, our brains work again and our moods are stable. We think we are somehow cured. We’re “normal”! Hooray!

Except, that isn’t the case.

My brain is never going to be “normal” in the traditional sense. I’m always going to have to approach problems, situations, and various social settings in ways that may differ from other people.

I’m learning to detach myself from this desire to be “normal.”

I happen to believe that plenty of perfectly abnormal people have accomplished great things in this world. Normality is not necessarily something I need to aspire to.

There will likely never be a day when I can sit down and have just one drink at dinner, and even if I did, there wouldn’t be any guarantee that I wouldn’t feel my mood shift suddenly as a result.

That’s my driving force into 2017. I’m combatting this tendency I have to say, “I’m all better now!” and drink every 4-6 weeks just so I can prove myself wrong and start again from zero.

There’s a great scene in House of Cards where the character Doug Stamper is at an AA meeting and he’s talking about his job and the idea of counting.

He says, and I’m paraphrasing, that the most important number he counts is the days of his sobriety, which is 5,185. He talks about how he’s just one drink away from zero and that scares him all the time (an interesting thing to hear if you know anything about his character).

He admits that he is ruthless in his job at times, but that he is equally ruthless with his sobriety because he has to be. Then he says something that continues to stick with me, “Like everyone else in this room, I can’t control who I am, but I can control the zero. Fuck the zero.”

And therein lies my 2017 mantra. Fuck the zero.

If you want more structured journaling support, visit the Sobriety Journals page. I’ve got two digital journals and one print version available on Amazon. Both journals are designed to help you do the deep, emotional work of sobriety and get clear about your relationship with alcohol.

There’s an Early Sobriety edition for people just starting out and another Deep Dive edition for those who want more to explore even further. Click the image to check them out! 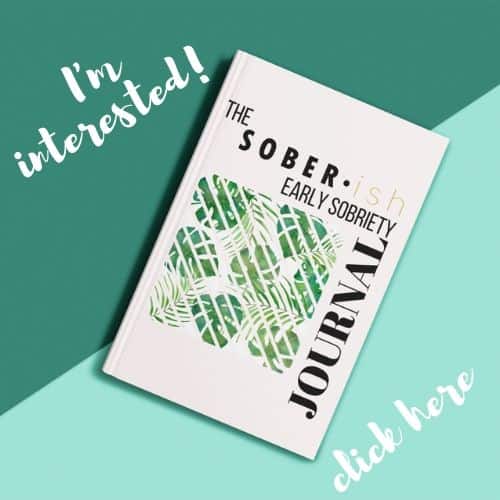 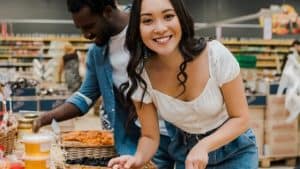 First, let me start by saying that I am in no way a perfect example of what I’m about to preach to you all today, but I am trying! And that all I want you to do for now. Start trying to make good nutrition a priority in your sobriety. 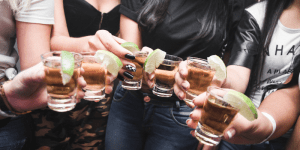 Imagine this scene. You’re supposed to grab dinner with some friends after work on Friday. Last weekend you went overboard with the binge drinking and paid for it dearly well into Tuesday, so you’ve decided to “take it easy” this weekend. You’ll just have a glass of wine or beer with dinner and make it an early evening, maybe even hit up the gym Saturday morning. There’s a class you’ve been meaning to check out.

Except at dinner, that glass of wine felt really good and you were having such good conversation with your friends. You didn’t want that vibe to end… 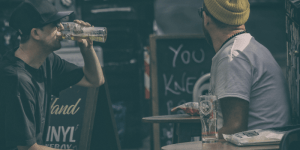 Now that you’re nearly a week into Dry January, it’s important to take some time to reflect on why you drink in the first place and the effects alcohol has on your body when you do.

Have you ever bothered to think about this? 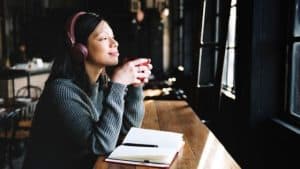 I Didn’t Always Look Like This I’m staring down at the mounds of flesh sitting precariously on top of one another around my abdomen and ribs. My stomach has organized… 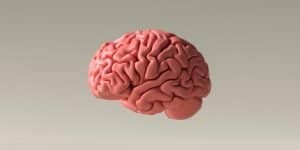 We know that when we’re drinking alcohol, our brains become impaired.

We slur, we slow down, we forget things, we blackout, or we make bad decisions.

For heavy drinkers, though, the lasting impact is more severe. 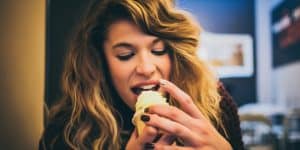 When I got sober in December 2016, I realized that I was consuming way more soda and sugary foods than I had before. I read that it’s normal, that lots of people “switch” to sugar when they stop drinking. Switch?