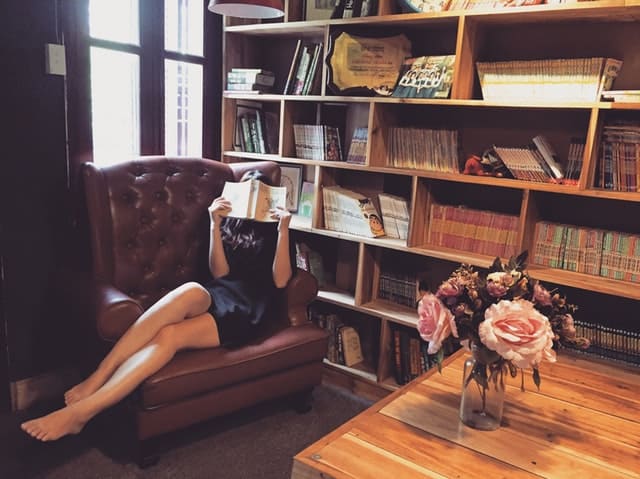 You’ve decided to get sober. Congratulations!

Or maybe you’re already sober and looking to make more upgrades to your life. The biggest factors in your success will be whether or not you’re equipped with the right tools and support to get where you want to be.

These books about addiction can help get you there.

I’m going to share with you my personal favorites that helped me get to 2.5 years of sobriety and a life I actually look forward to living each day.

At the risk of sounding a little too “self-help-y”, let’s dive right in.

This book by Caroline Knapp was the first recovery memoir I ever read. It sparked the beginning of my transformation.

I had never read the thoughts of someone who knew exactly what I’d been going through.

Until I read this book, I felt a combination of broken (or at the very least, defective) and hopeless. This memoir chipped away at both feelings.

For my fellow high-functioning-alcoholics out there, if you keep bouncing back and forth between whether or not you REALLY have a problem, read this book. A lot of us do it and the answer is a resounding, “Yes! You probably do have a problem.”

Knapp was a writer by trade which makes her story all the more captivating. She’s a successful, privileged woman and at the same time fundamentally flawed and messy. I finished this book believing that redemption was possible. Sadly, she died at age 42 from lung cancer in

“Drinking alone is what you do when you can’t stand the feeling of living in your own skin.”

This is the second addiction book I read in the beginning of my sobriety and I loved it for vastly different reasons. David Carr was a beloved journalist for The New York Times who passed away from (yes, you guessed it) lung cancer in 2015 after he collapsed on the floor of the newsroom.

I would not classify David Carr as a high functioning alcoholic or drug user. The fact that he survived his addiction is a miracle in of itself. I can’t relate to much of Carr’s experience with drugs and alcohol, but I could connect to inner demons that drove him to it.

What’s so fascinating about this book is that he approached it from the standpoint of a journalist. Because of alcoholics and drug users have notoriously terrible memories, he went back and interviewed the people in his life who had been there to try to piece together what really happened.

The insights you pick up along the way are so powerful. Carr understands addiction and the personal destruction that leads you to it. He made me think about what I was doing in ways nobody else had done before.

No matter how severe your struggles with addiction or alcoholism, this book will be useful for you!

“Truly ennobling personal narratives describe a person overcoming the bad hand that fate has dealt him, not someone like me, who takes good cards and sets them on fire.”

3.The Recovering: Intoxication and Its Aftermath

This is a more recent read for me by Leslie Jamison, also a noted writer. Do you sense a trend here with creatives and addiction?

That’s actually a perfect segue into what sets Jamison’s book apart from most recovery memoirs and books about addiction. In a brilliant narrative style, she constantly flips back and forth between her personal story and a history of the alcoholic creatives who came before her, their lives intersecting in fascinating ways.

She quite literally walks the same paths, frequents the same haunts, and engages in the same downward spiral as many great writers who came before her. It is part memoir, part history lesson, and part social critique.

I was enthralled by this book. I especially connected to the way she drank and her constant tug-of-war over being an alcoholic.  Was it just par for the course for creatives or could her drinking really be considered a problem?

She takes the reader on a very humbling journey through her recovery and experience with AA where she (rightfully so) gets knocked off her high horse and into a reality that I believe saves her from herself.

This book is beautiful, informative, and inspiring for anyone who is trying to change their relationship with alcohol.

“The more you start to need a thing, whether it’s a man, or a bottle of wine, the more you are unwittingly – reflectively, implicitly – convincing yourself that you’re not enough without it.”

This gem of a book by Clare Pooley is a nice departure from the intensely introspective books I just mentioned. And that’s not to say that it isn’t introspective (of course it is!) but it’s also funny and more lighthearted.

I cracked up laughing as many times as I nodded my head in knowing, alcoholic agreement. The basic premise of this book is that she is letting us peek into her diary during her first year of sobriety.

Pooley went from a high-power advertising executive to a stay-at-home mum with an enormous wine belly and a whole host of regrets she attempted to drink away. Her first year of sobriety is filled with highs and lows and I was so grateful for her willingness to share it so openly. Did I mention she’s hilarious?

“When you drown your problems with booze they don’t go away, they just get forgotten for a bit, fester and get worse, like mouldy bits of cheese that the children have dropped down the gaps between the car seats.”

This is a memoir by Augusten Burroughs of Running With Scissors fame. If you haven’t read that book, I highly recommend it. The story of his childhood is absolutely wild. There’s just no other way to describe it.

That being said, Dry blew me away. Burroughs writes with a dry wit that is utterly engrossing.

I found myself in disbelief that his life took some of the turns it did while at the same time rooting for him. His dysfunction has the weird quality of being both uniquely his own and universal.

There’s also the dark comic relief offered throughout which I am a big sucker for. Burroughs’ story will break your heart, but if you’re familiar with his other work, that might not surprise you.

It’s gritty, honest, and not the perfect, happy-ending we’re all looking for, but it’s real.

“Sober. So that’s what I’m here to become. And suddenly, this word fills me with a brand of sadness I haven’t felt since childhood. The kind of sadness you feel at the end of summer. When the fireflies are gone, the ponds have dried up and the plants are wilted, weary from being so green. It’s no longer really summer but the air is still too warm and heavy to be fall. It’s the season between the seasons. It’s the feeling of something dying.”

6. Drink: The Intimate Relationship Between Women and Alcohol

I admittedly have this book by Ann Dowsett Johnson in my library and started it back in 2016 but have since forgotten it. I will finish it eventually.

At the time, I needed to hear stories more than facts and statistics, which is what Ann’s book is (that is NOT a bad thing).

Drink is not an addiction memoir so much as an investigative look into why women, specifically, drink and despite my mindset at the time of reading it, I did find it fascinating.

Especially the evolution of mommy drinking culture and how we got this place where we’ve tried to normalize drinking as a way to cope with the stresses of being a woman in today’s modern world.

Even typing this, I find myself hankering to open it back up.

7. The Unexpected Joy of Being Sober

This addiction book by Catherine Gray was such a joy to read. She’s funny and self-deprecating in a refreshing way, but also real. Much like Clare Pooley’s book, I found myself nodding in agreement as much as I was chuckling at her various insights.

I also appreciate that she interviewed top psychiatrists and neuroscientists for this book to get a better understanding of what drives us to become addicted to alcohol. I’m a firm believer that understanding the root of problems is the key to fixing them.

Although not an exhaustive list, these seven books are a wonderful starter list for diving into the world of Quit Lit. I’ve mentioned a few already in previous posts.

If you find yourself struggling with time to get much reading in, but still want to get the main takeaways of these important books, I recommend (and use) Blinkist. It’s an app that does a surprisingly good job of stripping nonfiction books down to their nitty-gritty while managing to capture the tone and style of the overall book.

I like that you get the option of reading the blinks or listening to them podcast style. If you want to try a 7-day free trial, here’s a link. 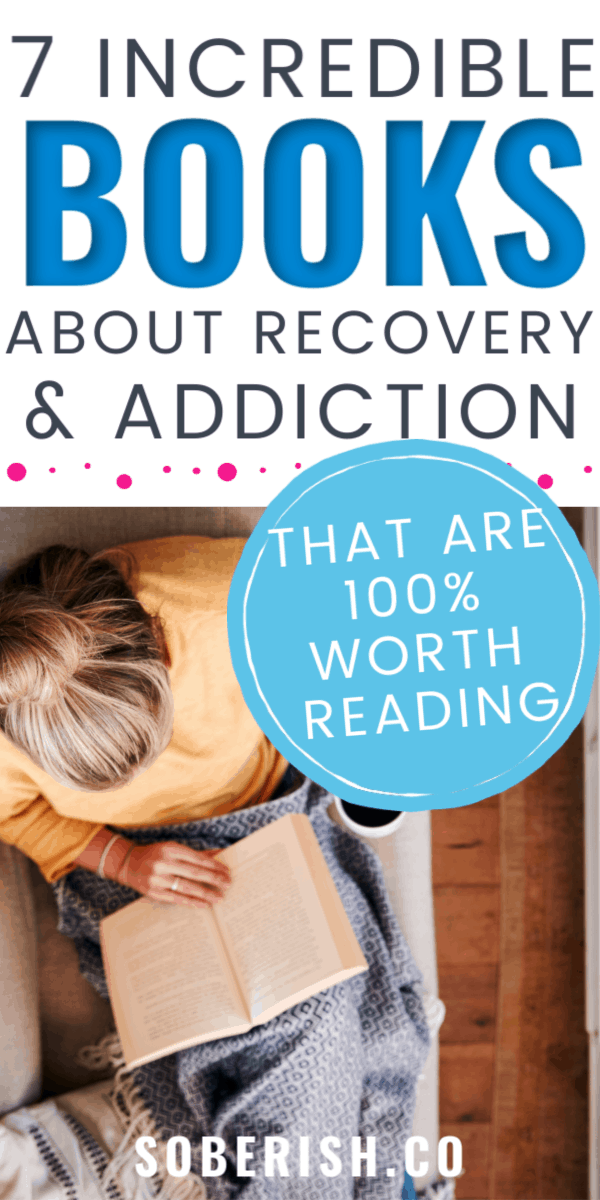 Related posts about books that deal with sobriety and addiction:

7 Books To Help You Through Addiction and Sobriety Recovery 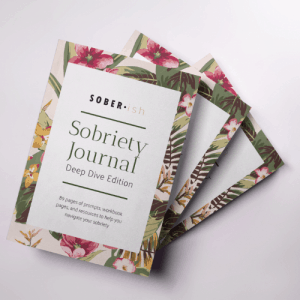 The Case For Journaling In Sobriety In sobriety, one of the toughest things you have to contend with is what to do with the noise in your brain. Before, you… 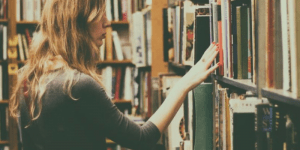 The first thirty days of sobriety can be rough. Like, want to pull your hair out and scream into a pillow “rough.” You’re going to need to be prepared to tackle both the physical and emotional challenges that await you.

When I first stopped drinking, I found books to be one of the most useful tools in my sobriety toolbox. I read recovery memoirs to help make sense of what was going on with my life. In order to fight my demons, I had to understand them. Luckily, I found excellent books for that as well.