When it comes to sobriety, are you setting yourself up to fail?

That time between first accepting that you should quit drinking and actually committing to doing it is full of confusion, fear, and doubt.

Do you really have a drinking problem? Is it absolutely necessary to quit drinking…forever? Do you have to go to AA and call yourself an alcoholic now?

Weaving itself around these thoughts is that tiny little voice that says, “You’re being ridiculous. You don’t need to quit drinking. Just cut back.”

It’s maddening, and that madness often drives us to Dr. Google.

This is where so many of us go wrong.

We hop online and start shopping for recovery solutions like we’re looking for a recipe for chocolate chip cookies. And there is no shortage of people willing to offer you their two cents (or expensive program).

It’s confusing at a time when we are our most vulnerable.

For me, and so many others, that vulnerability mixed with uncertainty and pride can lead a person to seek solutions that are easier than what they truly need.

Often, the solutions that look best to us will fail us.

How does this play itself out in sobriety?

Let’s say you are at the point where you want to quit drinking, but you don’t want to go near anything that explicitly deals with alcoholism. AA is out of the question. Alcoholic? That word is not even a consideration.

As you look online and elsewhere for ideas and support, you will give more weight to information or people that confirm what you already believe: that quitting drinking has nothing to do with that AA and alcoholic stuff.

You’ll believe that alternative routes are inherently better and reject any evidence that challenges your viewpoint.

The flip side is true as well.

Maybe you think AA is the ONLY way anyone can get sober so you reject any emerging information or data that suggests AA might have flaws or not universally effective for every person.

Or perhaps you turn your nose up at something that could be a powerful supplement to what you’re already doing because you fancy yourself a purist.

I fell victim to this and here’s what happened: I did not want the label “alcoholic” and thus refused to go within ten feet of anything that smelled like AA or addiction counseling.

When doing my research, I tended to gravitate towards articles from people who believed AA was bullshit. They weren’t successful with it and that was exactly what I wanted to hear. On the flip side, I often downplayed or overlooked information that touted AA’s efficacy.

I was going through a phase where I believed that “holistic” solutions were the only real way to go and the medical field did not have my best interest at heart (but apparently Gabby Bernstein and the likes did).

So I followed the advice of health coaches and new-age influencers, believing that I could dry brush, supplement, and meditate my way to sobriety and abundance.

I sought information that affirmed my belief that THIS was the way to go.

I wanted no part of dingy church basements and stale donuts (which is what I thought about AA). Mine was to be a more bespoke recovery.

Of course, I failed miserably.

None of these people were licensed professionals or had much to offer beyond their own anecdotal experiences, but that mattered little.

I needed to believe that their solutions could be enough because the alternative meant accepting that I was all of those scary things I did not want to be.

That’s not to say that all alternative methods or recovery programs are ineffective. Nor am I saying that AA is absolute in its efficacy. Far from it.

Human beings are complex and so are their needs. There is no one perfect program or solution. AA is also not a monolith. The various chapters and groups are as diverse as the members who attend them.

But it IS to say that you have to be aware of your biases and actively work against them when tackling something as serious as sobriety.

You do not know what will or will not work.

You don’t. If you did, you wouldn’t be on the internet asking Google how to get sober.

That is why sobriety requires a level of humility that, for most, will be extremely uncomfortable.

I see it all the time within my own recovery community: newcomers feel overwhelmed by the prospect of quitting drinking. But, like everyone, they have preconceived notions of what is and isn’t “for them.”

It’s a self-fulfilling prophecy by that point.

The Death Of Expertise: Or Why We All Think We Know More Than Scientists

In his book, The Death of Expertise, Tom Nichols talks about a disturbing trend that is plaguing humanity – the rise of the know-it-alls.

The internet age has connected the world in ways even I never thought imaginable growing up and I’m just shy of forty.

Our world has changed rapidly.

We have access to more people and ideas than ever before. And it has come with a price: the lines between fact and misinformation become increasingly blurred.

As Nichols points out, “the internet makes it possible to find a source to support any opinion under the sun, no matter how outrageously unscientific it might be, and it has people feeling more empowered than ever to voice their opinions.”

This absurd snowball effect leads us to where we are today – wading through the toxic sludge of the internet, fighting with people over whether the sky is actually blue.

We are not addiction specialists.

With access to so much information, it is easy to believe that, after investing a couple hours of research, we have a complete grasp on a subject and are thus qualified to engage in controversial discussions about said topic.

Nichols points to the anti-vaccine movement as a prime example.

Despite overwhelming consensus in the scientific community that vaccines are safe and do not cause autism, there are still a growing number of people who believe they are harmful and refuse to vaccinate their children, thus putting them at risk. Celebrities with no qualifications whatsoever parrot wildly unscientific claims and suddenly it becomes a “thing.”

Why is this happening so frequently?

Because the internet is the perfect breeding ground for our natural, human tendency toward confirmation bias.

Our sobriety is no different.

There are a lot of people out there, some well-intending and some not, who give advice that runs counter to what the experts tell us is the best way forward.

As an example, I was recently contacted by some people who wanted to partner with me to hawk tea that they claim helps people get sober.

Ummm… no. Also, f*ck you for trying to take advantage of people who want to get sober and thinking I would help you.

That being said, bullshit miracle tea is precisely the kind of thing I might’ve spent my money on seven years ago when I was a bit too willing to give the latest “natural” craze for XYZ problem a shot. (Hello $30 bottle of bee pollen.)

It is no wonder so many of us are quick to throw our dollars at people who are promising us solutions to our drinking problems that will get us out of having to attend counseling or a recovery program like AA or whatever else sounds terrible to us at the time.

Or we get spooked early in the process and go running into the arms of the first alternative approach waiting in the wings. (Or maybe that’s me after a therapist told me I needed to go to AA which made me immediately quit therapy because hell no!)

We seek information that confirms whatever it is we want to hear about our problem.

For me, I needed to believe that I could do this on my own via meditation, visualization, superfoods, and diet. For several years, I chased after any information that confirmed what I wanted to believe: that I had the power within myself to transform.

Do the stuff you don’t want to do.

There is no absolute right way to recover, nor is there a fail-proof method that works for everyone. But there are systems and smart, compassionate people who spent years in school and training to help us get there.

Look to them for guidance.

If you find yourself reaching out for support and then turning your nose up at every solution offered to you by people with experience or expertise, sit with yourself.

Is there a confirmation bias obstructing you from getting the help you need?

Are you intent on believing that therapy or recovery communities like AA or SMART Recovery could not possibly be for you? Have you been hospitalized because of your drinking but still don’t think you need rehab or other intensive therapy?

Are you hyper-focused on trying things that are way outside of the mainstream before making a sincere effort to give more traditional approaches a shot?

Understand and acknowledge the roadblocks to your recovery.

My personal experience is that the most uncomfortable routes have been the most impactful. Therapy requires me to unpack all kinds of baggage I’d rather keep buried, but without it, I don’t progress.

If I don’t progress, my sobriety becomes tested more frequently.

This process is a slow burn. There’s nothing pretty about it. And anyone who is serious about making this life-saving change needs to understand that parts of this will be gritty and complex.

There is a whole bunch of stuff ahead of you that you will not want to do.

These things have layers.

For example, meditation alone didn’t work, but it is an integral part of my ongoing sobriety and wellbeing.

You’ll try things that don’t work at the beginning that may become lifesavers later in your journey. Some people discover something like yoga or running and become transformed. Others hate every second. If anything, it all makes them feel worse.

The point is to be open to all of it.

Listen to people who have been where you want to be and fight the urge to be reflexively dismissive of their ideas and experience.

Let people help you and choose your helpers wisely.

Eventually, the pieces will fall together and make sense. 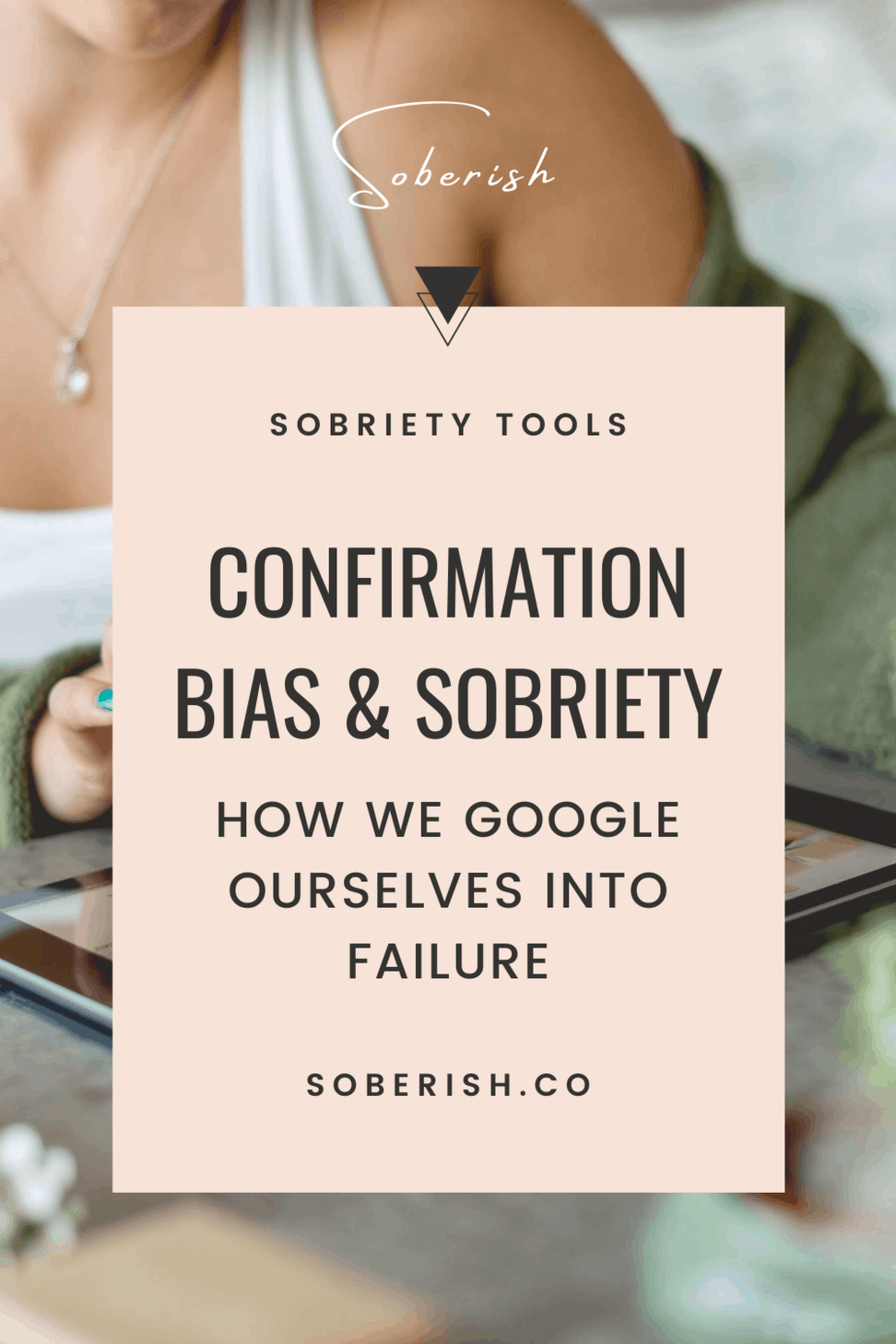 How To Effectively Manage Emotional Triggers in Sobriety

5 Reasons Exercise Is So Critical In Sobriety And Recovery