You may have heard the term “gaslighting” bandied about in today’s discourse. It is a psychological term used to describe a very specific type of manipulation style in which a person attempts to make another person or group of people doubt their own judgment by manipulating situations, facts, and memories.

Proficient gaslighters can make others feel as if they’re going crazy, to doubt proof that is in front of their eyes, and generally doubt their ability to judge a situation accurately. It is a tool that abusers use to control others and it is a wretched thing to go through. Perhaps you’ve known one or two in your lifetime.

The early months of sobriety, the clear-headedness it brings, along with the influx of hormones from the first trimester of pregnancy have had my head spinning lately. I’ve been remembering a lot of things, unpacking them in wild dreams. When I drinking, I did a lot of damage to myself. One of my biggest acts of self-harm? Bad relationships.

One such relationship involved a guy we will call, H. I met H right at the tipping point where my drinking was turning from limited to weekends and an occasional happy hour to almost daily and frequent.

During this period in my life I was, how do you say, a total shit show mess in the dating world. I was good for the first few weeks when my charm was at peak levels, everything was new, and the guy was enthusiastic. Once the gentleman’s enthusiasm waned or he gave me the “I don’t want to rush into a relationship” behavior, I became a nightmare unto myself.

I would care too much, make too big a thing out of, well, everything, and eventually drive the guy away for good. At the root of this behavior was anxiety and neediness, both of which made me ripe for abusive, toxic relationships which I found quickly with H. 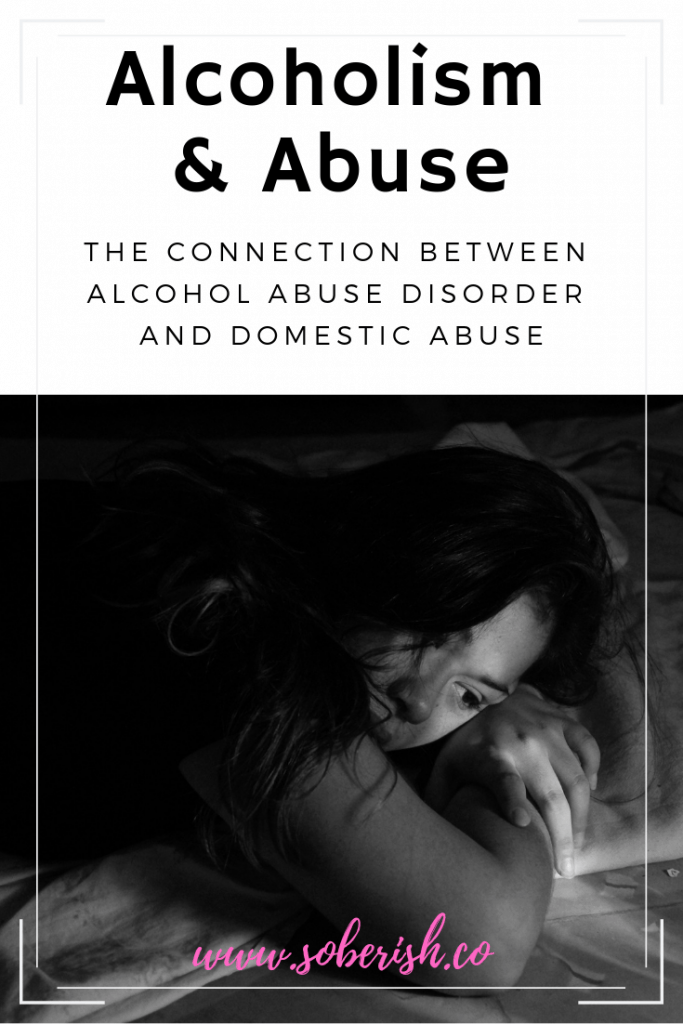 H loved to drink, and I was learning to, so it started off well enough. He frequented my go-to, Friday happy hour spot and lived in the neighborhood, a big plus when dating in Brooklyn, New York.

The first warning sign came when we made plans to go out and he just never showed. He texted and said he would be there in thirty minutes. After an hour, the message was that he was just around the corner, fifteen minutes. You can imagine what happens.

I chain smoked, waiting as a silly woman does for several hours before giving up and going to bed. The next day he called with a whopper of a story about what had happened and asked to make it up to me. He pulled the exact same stunt the next day.

Proficient gaslighters can make others feel as if they’re going crazy, to doubt proof that is in front of their eyes, and generally doubt their ability to judge a situation accurately.

It Slowly Got Worse

A healthy person would see that as a gracious red flag sent by the universe to back away, but I was not a healthy person. H kept me waiting often and if I ran into him on a Friday would act as if there was no problem, that I was being ridiculous for getting upset about his constant no-shows.

Why wasn’t I being fun? Everyone was there to have fun. He would placate me with free drinks, be charming one second, and then lecturing me about what MY problem was the next.

In my drunk moments, I would be floating above these conversations. They were happening, but they weren’t. If a third round was being bought, and I hadn’t offered to take it, I was told how selfish I was. If I complained about him saying he was going to be somewhere and showing up three hours late, the conversation would turn back on me.

Despite text messages as evidence of when he said he would be there, he would say, “But I work until six, why would I be here at five?” and then laugh at how absurd I was, even though a minute later I would overhear him say he only worked till 3 on Fridays. H would tell me he was one place, and then I would see him riding around the neighborhood. If I brought it up, he would act like I was inventing things. He lied in such a way and so often that I genuinely felt myself wondering if I was sane.

After a while, I began to question myself. Maybe I was remembering it wrong. Reading the texts wrong. I was drunk, so I could’ve forgotten, right? Maybe I AM being ridiculous.

When your head is not clear, it is easier to fall prey to this kind of manipulation. It seems pathetic to me as I write and read about it now. Why did I allow this to happen? I am admittedly leaving a lot of bad stuff out because I don’t want this to be a novel. If I could go back and time and shake some sense into the old me, I would.

H’s gaslighting and my participation in it came to an ugly end, though I am grateful I got out before it got worse. He was supposed to come over and was giving me the “ten minutes away” routine. I knew better at this point. Plus I had been drinking in my apartment while waiting for him to get there, so I felt emboldened. 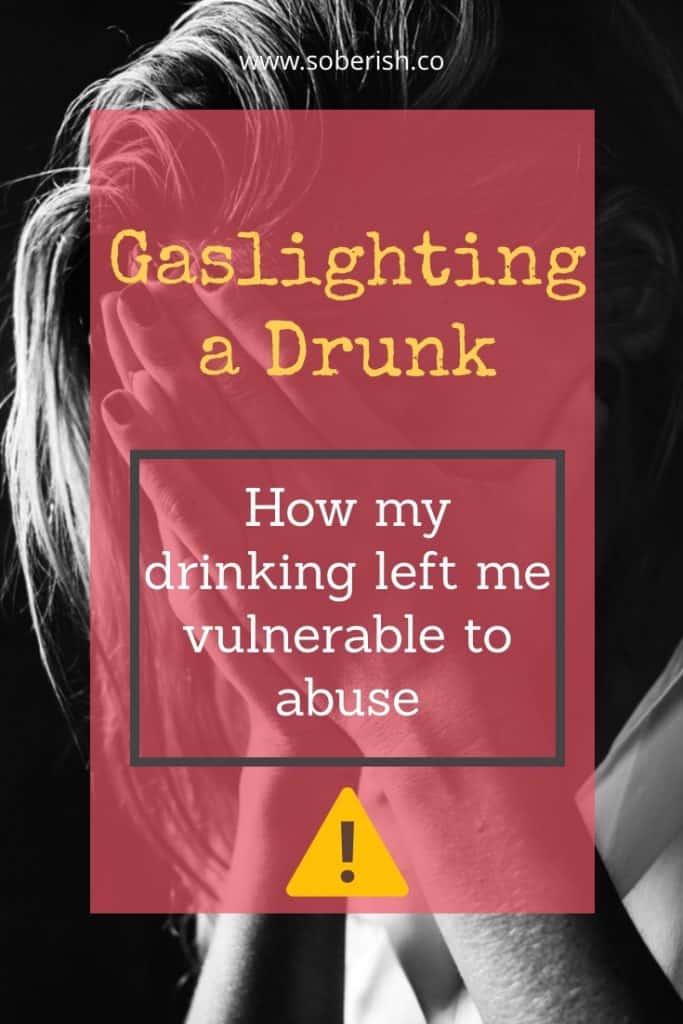 There was a bar at the end of the block and I was suspicious. I hauled ass outside in my pajamas, walked to the bar and found him there with two random women having a great time. I think I told him to “fuck off” or something loud and dramatic and then headed outside to bum a smoke from two guys having a chat.

About halfway down the block H came running after me. I can’t remember what he said exactly, but I know it started out with an apology. He tried to be sweet and then flipped a switch quickly when he realized it wasn’t working.

He redirected his anger onto my smoking. Suddenly he yelled at me to put the cigarette out. When I refused, he grabbed my arm and twisted it hard behind my back. I realized as my shoulder began to pop that he was fully prepared to break my arm if I didn’t drop the cigarette so I did.

That must’ve satisfied him because he ran back to the bar cursing me loudly the entire way. I was upset, shaken, and halfway sobered up from the interaction. By the time I got home and settled on my couch with a fresh beer, he messaged me saying he was at my stoop. He wanted to apologize. He said he loved me. I continued to drink in my living room, ignoring the messages, wondering if I should call the cops.

I only spoke to H once after that incident. We met in a public space over drinks. Honestly, I have no idea why I agreed to this. He spent an hour trying to tell me that I made the whole thing up. I was a liar. He didn’t twist my arm or touch me. I was the person who was wrong for showing up at the bar. He seemed like he really believed it too, and at that point, despite the alcohol, I was too exhausted to defend myself. I left and don’t think I ever saw him again. Thankfully.

After the ordeal with H, my drinking took on a life of its own. I began to avoid my happy hour spot and preferred the comforts of my own apartment. Although H is one of the worst of the bunch, he was not the only person (or the first) who made me feel like what I experiencing wasn’t real or made me question my own sanity.

The more I found myself doubting my own judgment, shutting out that inner voice that tried to spare me unwanted grief, the more I drowned myself in booze. It started to become a cycle. Bad man, manipulation, too drunk to know up from down, repeat.

Everything and everyone I surrounded myself with was an expression of self-injury on some level. I had lost my grip on reality. It was just easier to retreat into my home where things were relatively safe.

Although H should’ve been a wake-up call, that relationship became more of a catalyst for an increasingly bad relationship with alcohol. I’m grateful for the sobriety and peace of mind I have now. However, I find myself mourning the loss of time and my “good years” in a fabulous city where opportunities are limitless. I lost them to my own dysfunction, denial, and refusal to get help.

Though I try not to dwell on that too much (after all, you can’t go back in time), to focus on the future, I still have to come to grips with the fact that I’m never getting those days back. There are no do-overs. I wish I could holler this from the mountaintops and shake into anyone making the same mistakes I made. The irony is that I know if anyone had done this for me at the time, it’s likely I would not have listened.

When we’re stuck in the throes of alcohol or drug abuse, we open ourselves up to further assaults from the outside world and other broke down people who would seek to do us harm. In fact, we have an incredible knack for finding them, like some sick, cosmic magnet pulling us towards one another. I wish I had seen the cycle more clearly, to have had someone intervene and help me wake up.

I’m grateful for my sobriety in these moments when I remember the ugly parts. I’m grateful to be living abroad, experiencing parts of the world I would never have dreamed of during those darker days. I’m grateful for a kind husband and the baby that will grace us with his or her presence in September. That gratitude, though, is sometimes tinged with sadness and regret. I know now that my journey had to happen this way to get to the point I’m at now.

Abusive relationships cannot be solved at the bottom of the bottle. When we self-medicate with booze we open ourselves up to further abuse. The only way to feel better is to get better, which requires a leap of faith and help. Maybe in telling these stories, I can help someone gain the insight they need. It’s scary, confusing, and the hardest thing you’ll ever do, but I promise it’s worth it.

Dopamine, Cravings, And The Annoying Escape Room That Is Your Brain