I think of July 11, 2019, as that one, last, rock bottom that very nearly cost me everything I care about.

I still wake up sometimes to thoughts of that day.

My husband and I had just returned to a cabin we rented after an annual family picnic in Lake Tahoe.

I purposely didn’t drink at the reunion because I didn’t want to do anything that would embarrass my family in any way.

So, I drank when I got back to the cabin.  Quickly.

A couple of hours later, my son, Brett, daughter, Lindsay, son-in-law, Jason, and their two sets of twins came home from the lake to find my husband screaming at me because I was slurring my words.

My son, thinking he needed to defend me, went after my husband and my son-in-law stepped in to intervene.

My daughter and terrified grandchildren stood there watching the whole thing.  My husband left with no intention of returning after 34 years of marriage and was gone for most of the following month.

The next morning, my quiet, reserved, more-mature-than-me daughter sat down across from me and said, “Mom, if you don’t do something about your drinking, you will not be able to have the kind of relationship you want with me, Jason and the kids.”

Words from a daughter who saw her mother drink way too much at her best friend’s wedding, pass out at her in-laws’ on Mother’s Day and be too drunk to babysit after a birthday party for another granddaughter.

A daughter who was totally onto me about my pre-party drinking (I had stopped drinking around her months before and drank my wine before I would come over).

I breathe and remind myself that I am no longer that person and I am actually grateful to have a tangible incident that ignited my resolve to stop drinking.

And although I will always credit my daughter’s words that day as the ones I needed to hear, words that literally saved my life, I also think about my son who stayed with me, who watched over me to get me through those first couple days where I was filled with shame and complete self-loathing.

He stayed with me while the others spent the day at the beach.  He took me to lunch at a restaurant where I could barely keep from laying my aching head on the table.  Where just looking and smelling his chili cheese fries came close to making me hurl. 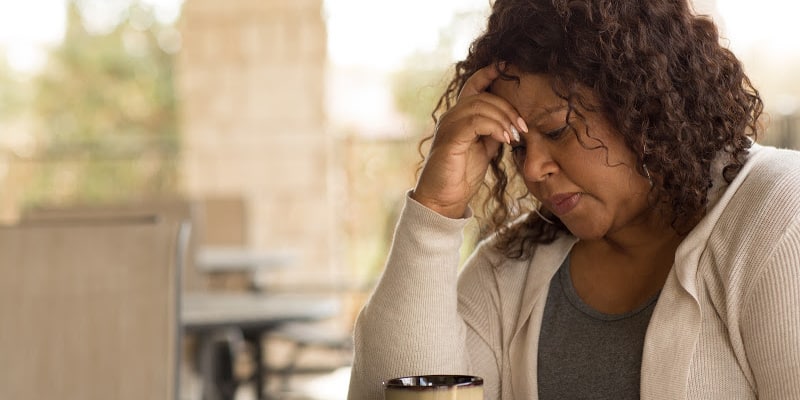 Taking The Next Step

I signed up for the Sober Sis 21 Day Reset program.  It just happened to come across my Facebook page.

I felt like I had to do something immediately that would make my family understand that I was serious about addressing my drinking.

That evening, I asked my son to take me to an AA meeting, and when I looked back at him in his car, he was crying.

I know he was scared.

I will never forget how a man from AA witnessed this, walked over to my son, praised him for bringing me, and asked if there was anything, he could do for him.  He actually sat with Brett for a few minutes and they talked.  There are so many kind people in the world.

Fourteen months later, (443 days), Brett still calls me almost every day, not to check on me but to check in with me.

We have meaningful conversations about life, and I remember all of them.

He and my husband act like nothing ever happened between them and I marvel at the way men seem to be able to get into it as quickly as they are able to let it go without holding grudges.

Even though Brett never really thought I had a serious drinking problem, he is clearly no longer worried about me.  I am present.  I am his mother.  As it should be.

My daughter has a predictable mother she and her children can depend on every single day.  A daughter who doesn’t show her affection easily, but one who texts thumbs up, comments with heart emojis, and “I am proud of you” to acknowledge my sober milestones.

I can feel the connection with her even though she has a harder time talking about it.  She calls me now for no apparent reason.  I am not sure she still doesn’t see my drinking as a weakness, and that’s okay.

This is MY thing.

My own mother, who struggled with alcohol most of her life, never had the opportunity to get sober.  She died at age 51.  I was nineteen.

I thank God every day for my little girl, who in second grade, when asked in a school project, what is your favorite thing about your mom, answered, “I like my mom’s neck.”  Really, Lindsay, the only thing you could come up with was my neck?

Even though Brett never really thought I had a serious drinking problem, he is clearly no longer worried about me.  I am present.  I am his mother.  As it should be.

We got through it, somehow.

No one has suffered from my drinking more than my husband.

Certainly, he contributed plenty to the issues in our marriage but the out-of-control drinking that escalated over the last 10 years was and is my responsibility.

I came across a term yesterday I never heard before, “secondary drinking”, the impact of repeatedly being exposed to your spouse’s abusive drinking behaviors.

That hit me right in the center of my heart.

Secondary drinking describes what Paul went through with me. He never had any significant issues with alcohol, so he didn’t understand mine. He has an occasional beer or glass of wine.

There would be the occasional holiday event where his consumption of bourbon with his four Irish sisters would result in professing his undying love for me over and over again in the car on the way home, but that was really the extent of it.

My drinking was definitely a family problem and Paul was the receiver and the target of most of it.

Related Post: Drinking Was Hard On My Marriage. So Was Recovery.

I asked Paul to describe some of his feelings around my drinking. “Are you social working me?” he asked.

I said no, that I really wanted to know what he felt other than the apparent anger and complete frustration my drinking caused. “Scared, anxious, he missed the real me, humiliated, hurt, disgusted, helpless, if-you-really-loved-me-you-would-quit, weak, hateful, alone, done”. He made threats, he cried, he left, he came back, repeat.

Paul talked about how reading “Alcohol Explained” and “This Naked Mind” turned his anger into compassion and understanding. It was then he became my biggest supporter.

My sobriety has brought peace into my marriage where before there was so much havoc and chaos.

The emotional pain from the alcohol-fueled fights we had rivaled any physical pain I have experienced in my life.  For both of us.  Heart.  Breaking.

Names were called, there was shoving, breaking things, there was a lot of leaving, threats of divorce, just an overall shit show.  There were times I had absolutely no recollection of the damage I had caused the night before.

So many walks of shame to the coffee pot.

I know this.  I teach this to Social Workers (bringing my cognitive dissonance to a whole new level).

It is a major contributor to the occurrence of intimate partner violence, which refers to any behavior which causes sexual, physical, or psychological harm in the relationship.
It’s nearly impossible to believe that our marriage has survived this.  It has.

The cycle is the only thing that remains broken.  I no longer teach by day and break my family’s heart by night.

There is still much work and healing to do.  On both sides.

We don’t take for granted that the arguments we have these days involve such trivial, ridiculous things.  Just last week, we both laughed when we found ourselves arguing about getting rid of some of the inherited moose décors in our cabin.

I argue that there are no fucking moose near our cabin, or in all of California for that matter, and it literally looks like Cabelas threw up all over.  Moose are definitely not my spirit animal.

Peggi Cooney teaches Social Work and Coaching at a local university in Northern California. She has fourteen months of sobriety under her belt. She’s completed two Sober Sis programs and credits Annie Grace, Staci Danford, and Laura McKowen with aiding her recovery. If you’d like to contact Peggi, her email is peggicooney@gmail.com.

11 Surprising Benefits of Sobriety That Can Radically Change Your Life

Emotional Sobriety: What It Is & Why It Matters For Your Recovery