Congratulations! You’re newly sober and absolutely crushing it. It’s been a few weeks (or months) and you’re finding your sober stride.

Things are looking up!

You’re working out, you’re taking care of yourself, you’re reveling in this new you that is radiating all over this blue planet of ours andddddd…. you’ve never been so lonely.

As it turns out, this amazingly sober “you” is having trouble connecting to the people in your life. Something occurs to you. It may be time to break up with friends who aren’t serving your sobriety.

Warning Signs of a Friendship Break-Up

When you first got sober, your friends took the news with a mix of tepid support or eye-rolling. You? Sober? What for?

It’s fine if you don’t want to drink, but they plan to carry on as normal.

You continue to get invites to bars and parties, which you politely decline because, well, triggers and everything continues on as it was while you keep to the background trying to get your bearings.

A couple of times you’ve tried to grab coffee or tea and find yourselves sitting awkwardly at a table, not sure what to say to each other.

Your friend wants to tell you about the drunk shenanigans you missed out on Saturday night and the ensuing drama – gossip that would’ve titillated you in the past, but now mostly turns you off.

Can we change the subject?

It’s then that you realize, you and this person have nothing to talk about that isn’t related to getting trashed and doing stupid shit together.

You take an inventory of your interactions with your social group. The group chat, the plans, the memories – all of it centers around your consumption of alcohol.

Now that you’re sober, there doesn’t seem to be anything left to tie you together. In fact, now that you are sober and listening to them talk, seeing videos of their escapades, and hearing their stories, you realize that you don’t even really like these people.

Not only are you struggling to stay sober, but now you don’t even have friends.

It seems easier just to go back drinking so that you can at least be part of the group because lately, you’ve had a little too much time with yourself and it’s getting you down.

Sure, you absolutely could go back to the group and your drinking and the hangovers and all the regrets that sulk around in your newly sober brain. That’s the easy thing, but it’s not the best thing for you. Change is extremely difficult and this is part of it.

Translation: It might be time to let those friends go.

So what should you do if you suspect that your old friendships are on the rocks? Take action.

Step 1: Have an open and honest conversation with people individually.

Explain that your sobriety is important to you and that if they want a friendship with you, they are going to have to accept that your drunk partying days are done.

Give them a chance to find new, alcohol-free ways to connect and spend time with you. If they aren’t interested, then at least you know where you stand with each other.

If you don’t want to be around somebody, then don’t be. Don’t text or make plans with anyone strictly out of habit. You’re just going to create an awkward situation for both of you.

Be around people because you want to be.

Message them because you genuinely want to talk. It’s easy to reach out because you’re afraid of being forgotten. It’s a form of hanging on to something that, honestly, isn’t serving you anymore.

If the vibe is off for you, it’s likely off for your friends as well. If communication starts to wane, let it.

There doesn’t need to be a dramatic conclusion to your relationship. Sometimes people drift apart and that’s okay.

Step 4: Give yourself space to grieve.

Even if you realize that your friendships were predicated entirely on getting trashed together, and there’s not much there between you without booze, it’s still a loss.

You’re closing another chapter in your life which is particularly difficult because you’re still battling with your urge to drink.

Breaking up with friends is hard. It’s okay to be sad about it, but be careful that you don’t let it consume you. It would be incredibly easy to become overwhelmed and have a relapse.

You’ve worked hard to take those first steps towards sobriety. If you relapse now over your old drinking buddies, what was it all for?

Step 5: Open yourself up to new people (even if you don’t want to).

Loneliness is toxic to your overall wellbeing. It’s important that you risk the urge to hide from the world while you sort yourself out.

Attend an AA meeting and surround yourself with people who understand what you’re going through and are supportive of your sobriety.

If it’s possible, find a good therapist and make an appointment (if you haven’t already). There are people in this world who want to help you. Let them!

What does sober you like to do? Are you into running? Join a local running club. Interested in taking up Crossfit? Find a gym and sign up for an introductory class. Love books? Find a book club to join. Look for volunteer opportunities.

Find something you can get joy out of and give it a shot.

If it’s not what you thought it would be, try something else. The point is to actively keep trying to find out what makes your sober self tick so you can start to build a newer, fuller life.

Stay Motivated & Focused on Your Goals

Sobriety, growth, and change are hard.

There are going to be casualties along the way. Some of your relationships are not going to make it.

However, it’s going to get better.

There is going to be a time in the future when you will look back and realize that you made the right choice. You are going to replace negative relationships with more positive ones.

You just have to give yourself a little time.

I know it’s hard and you may be in a situation or conversation soon that’s going to suck and maybe even hurt a little bit, but you will get through it and you’ll be better for it in the end. You got this! 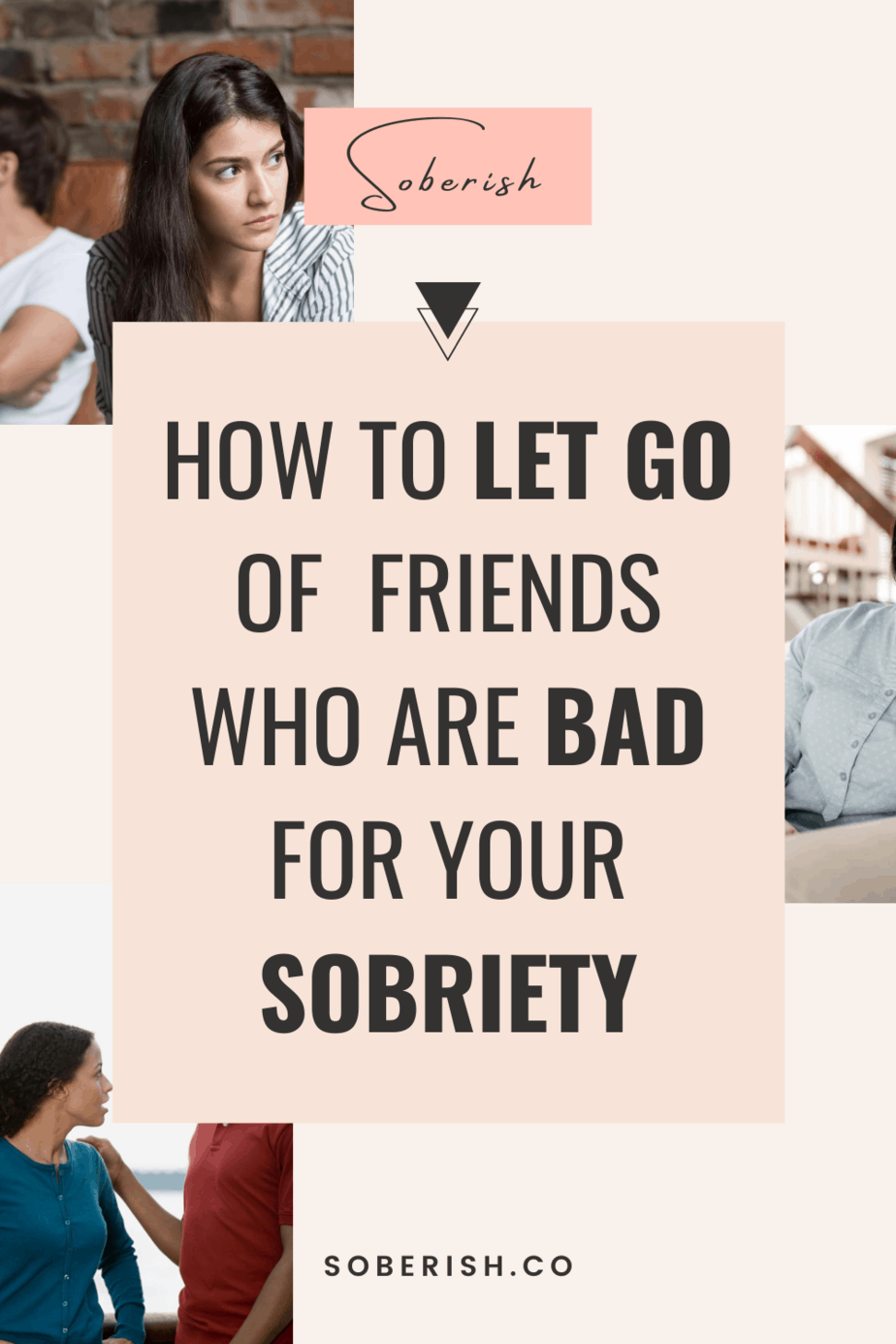 No, You Can’t Define Sobriety On Your Own Terms & Here’s Why

Why Remembering the Good Times is Bad For Your Sobriety