It’s #WorldMentalHealthDay! So many of us suffer from mental health issues. It’s important that we devote time and resources to understanding mental health, eliminating the stigma associated with it, and work to improve the overall quality of life for anyone who is suffering.

Here is a video from British TV Chef, Nadiya Hussein, discussing her own mental health struggles with anxiety and panic disorder. I really connected with her honesty and vulnerability, particularly when she talks about how for so long she felt alone and that people in her orbit didn’t take her illness seriously.

Anxiety and depression have impacted my life in profound ways. I was first diagnosed with depression when I was in my early teens but was not properly treated.

I went on medication that made me feel like the walking dead and took myself immediately off before the pills could get in my system enough to do any good. Besides, it’s only teenage angst, right? I struggled socially, was bullied, and would become so overwhelmed with mental chatter that I botched all of my athletic races, which I would crush in practice. My coach thought I was a wimp. I did too.

What I didn’t realize was that in addition to depression, anxiety was probably tagging along the entire time. I attempted once or twice in my twenties to see a therapist, but did not have any good experiences and thus didn’t have the knowledge, language, or tools to make sense of what was happening to me. I knew that I was emotional, dramatic even, and struggled to maintain relationships or friendships with people long term, but I always chalked it up to a personality flaw. The problem was innate. I fluctuated between being outgoing and charming, and withdrawn or an emotional weight on my friends. No matter how hard I tried, I could not seem to find joy in anything independent of other people. Eventually I stopped trying.

After a while, things that I tried to play off as quirks were actually red flags. I found it difficult to just park my car and go where I needed to without checking that I had locked all the doors several times. It wasn’t uncommon for me to get a block up the road and then turn back around to check, just one more time. I performed a similar routine with the knobs on the old gas stove in my Brooklyn apartment. At the height of this behavior, I was leaving myself an extra twenty minutes to get to work just to account for the constant checking and worrying that I might inadvertently burn down the building that day.

In my late twenties, I found myself frequently at the doctor’s office. I was always sick. Usually, it manifested as respiratory (or so I thought). My chest hurt. I was fatigued. Nothing in my body felt good. I would get chest x-rays and my lungs would look clear, but the doctor would prescribe me antibiotics anyway, just in case. Because I was a smoker, I figured I was just reaping the rewards of my habit. Eventually, I had to start wearing a special night guard at bedtime because I was grinding my teeth so terribly that I’d given myself a bad case of TMJ. 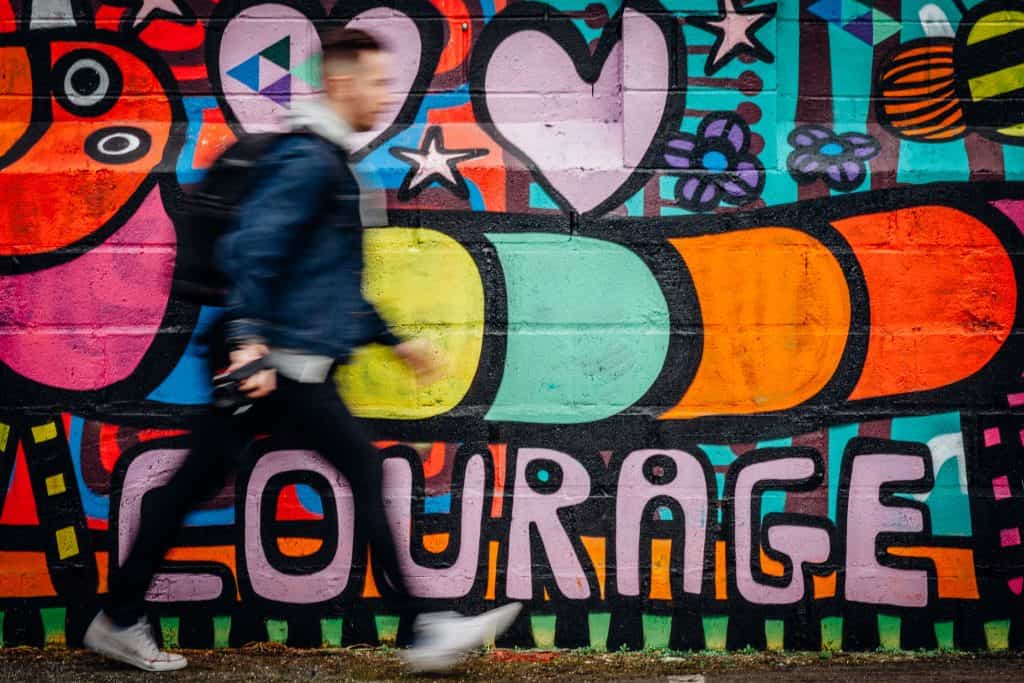 It wasn’t until my mid-thirties that a doctor finally decided to look into what was causing my chest pain. When I would get my vitals checked before the appointment, the nurse would ask if I was feeling nervous because my heart rate was so high. On these days, I would wake up with an intense fluttering in my chest, feeling like I was going to have a heart attack (or at least whatever I thought a heart attack feels like). The doctor checked my lungs and my heart. She did blood work. Everything was fine – except, it wasn’t. She had me do a breathing exercise and monitored my heart rate while I did it. It slowed.

“I think you’ve got anxiety,” she told me.

We chatted and she asked me a series of questions that made me feel completely exposed. This was in the height of my drinking days as well. When she asked if I had ever contemplated hurting myself, I lost it and wept hysterically in her office. “Not in any serious way,” I managed to get out, “but sometimes I get these thoughts…”

It was the first time a medical professional had ever seemed to take a real, human level interest in what was going on with me and to this day I am grateful for her.

That was three years ago. A lot has changed. I’ve stopped drinking and smoking, birthed an entire human child, survived the first year of her life (new mamas know what I’m talking about), and been on medication consistently. Has it gone away? No. Do I still have moments when my ears start to warm and I get flashes in my vision? Yes. Are there days where an invisible elephant seems to sit on my chest? For sure. But I’m a million miles away from the girl walking two blocks back to her apartment in the snow to check for the tenth time that she had definitely turned off the stove.

For additional resources on anxiety and depression, click here

For organizations working to combat mental health issues in a variety of communities, please click here

The Best Advice I’ve Read For Managing The Aches and Pains Of Anxiety, Sobriety, and Life

How To Manage Difficult Emotions In Early Sobriety

Yes, Your Depression Is Normal. No, You Wont’ Feel Like This Forever